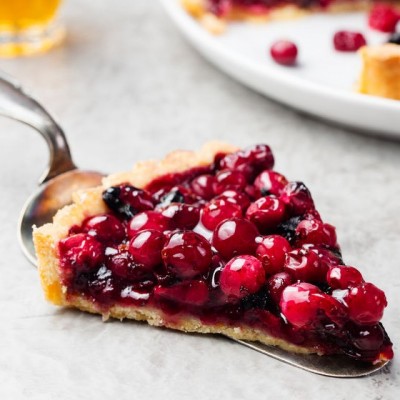 Malic acid is found in many sour or tart-tasting foods such as fruit; it’s used to add flavor and texture to fruit fillings and jellies in baked goods.

What is Malic Acid?

Malic acid is a dicarboxylic acid with the molecular formula C4H6O5 (Figure 1). It is made by all living organisms and it contributes to the pleasantly sour taste of fruits. Malic acid is used as a flavor enhancer, flavor agent and adjuvant, and pH control agent in food products.1 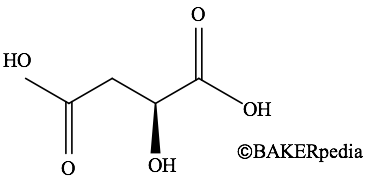 Malic acid was first isolated from apply juice in 1785, by the Swedish Chemist Carl Wilhelm Scheele, who referred to it as “acid of apples.”2

Malic acid has two stereoisomeric forms (L- and D- enantiomers), and only the L-isomer exists naturally. Commercial production of malic acid is by hydration of fumaric acid or maleic acid and the product is DL-malic acid.1

Malic acid is affirmed as GRAS by FDA which is listed in the Code of Federal Regulations (Title 21 Part 184.1069)1. The ingredients are used in food, except baby food, at levels not to exceed good manufacturing practice. Current good manufacturing practice results in a maximum level, as served, of 3.4% for nonalcoholic beverages, 3.0% for chewing gum, 0.8% for gelatins, pudding, and fillings, 6.9% for hard candy, 2.6% for jams and jellies, 3.5% for processed fruits and fruit juices, 3.0% for soft candy, 0.7% for all other food categories.1